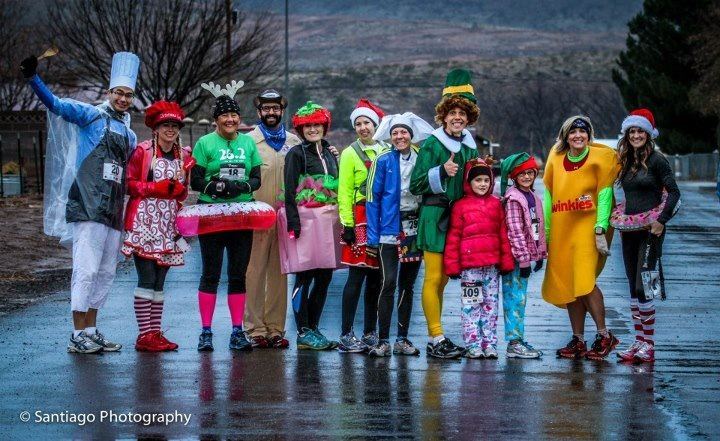 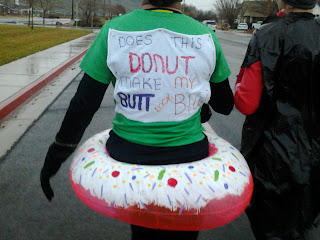 Last year, I read about an awesome race, The Hostess Half, that was held in Hurricane, UT.  It was put on by Cory, www.fastcory.com,  and my friend Mendy ran it.  (Cory is "Buddy the Elf) It looked like so much fun, that I messaged Cory and asked if he was going to do another Hostess Half, and he informed me that he would be doing a Baker's Dozen Half.  I jumped on board!  The course would be a loop course, and every time you passed the aid station, you HAD to eat a treat. The runner who ate the most would be crowned "Sugar Slayer." 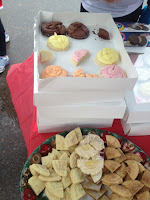 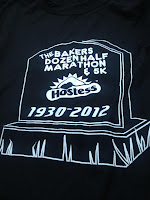 Somehow I talked JoAnna and Krista into running this with me. Unfortunately, Krista was unable to come with us, and for a while, it looked as if JoAnna would not be running either.  JoAnna was injured, and had actually sold her bib to Josh, but then he got injured, and JoAnna put on her big girl panties and made the trip with me. 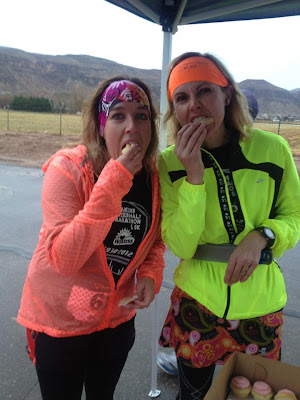 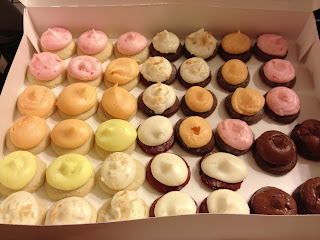 Round 1. We each ate one cookie.  I ate a Snickerdoodle.  These were the BIG cookies, that had luckily been cut into fourths. JoAnna decided to make a pit stop, so I snuck in one more cookie, a Ginger Molasses.  Hee Hee, I was thinking that I was gaining on her! 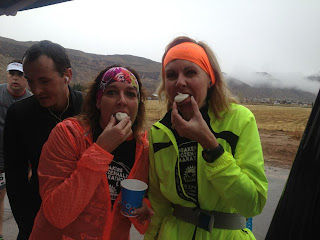 The goodies were so yummy!  Cookies, donuts, mini cupcakes, and moon pies. JoAnna thought it would be funny to capture us eating our treats. 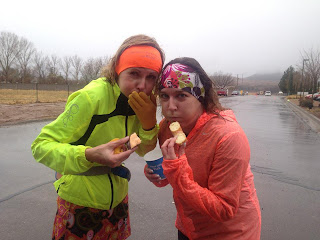 Round two...cookies with frosting. I had a red velvet cookie with vanilla frosting. Not to be outdone, JoAnna ate 2 cookies here so we were both tied at 3.  If you notice in the background, the weather seems to be turning nasty.

Round 3.  I can't believe she ate half of a donut!  I ate a chocolate cookie that had the most yummiest orange frosting on it.

At this point, we were soaked! 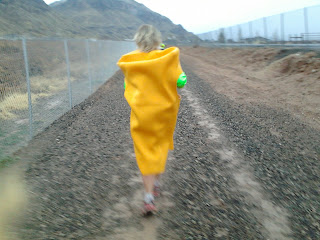 My goal was to Catch the Twinkie! 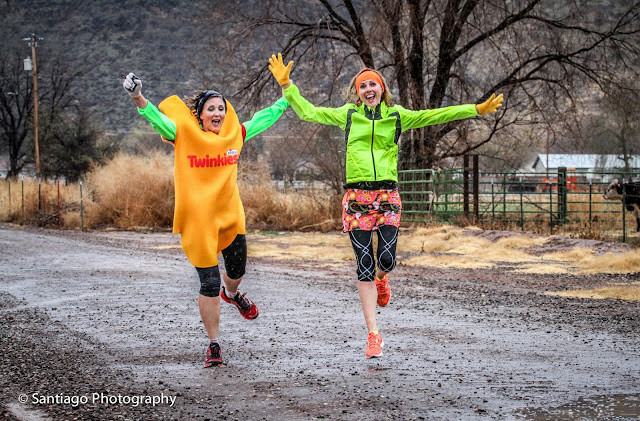 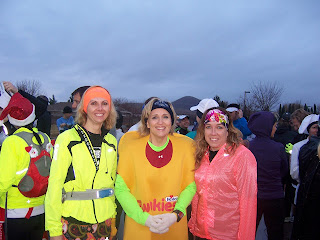 Lots of people were dressed up.  There were bakers, donuts, the Sugar Ninja, a Hostess Buster, and the Twinkie!  The twinkie is one of my friends Susette, You'll Always Have My Heart,  who I met through Runner's Anonymous, and we have actually ran a couple of races together.  A big THANKS to Alex Santiago who captured all of our photos! 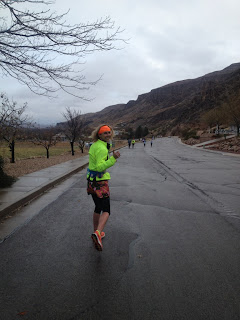 This race was just what I needed. No one worrying about PR's. Just a bunch of nuts out running on a rainy/snowy day, just because. 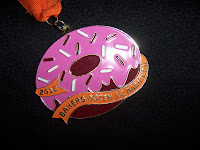 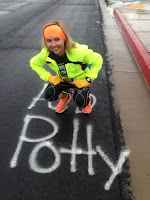 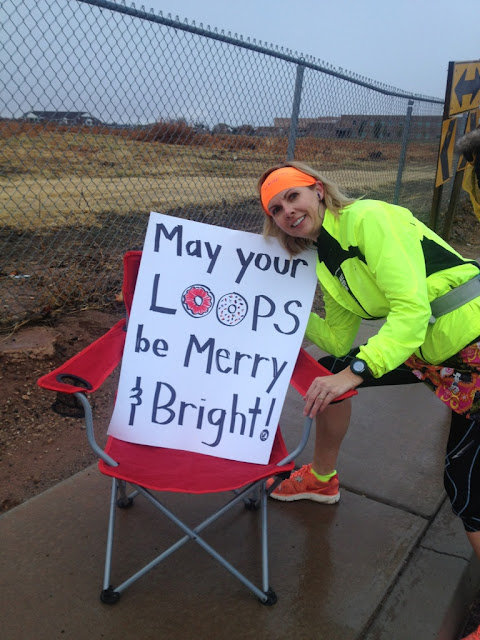 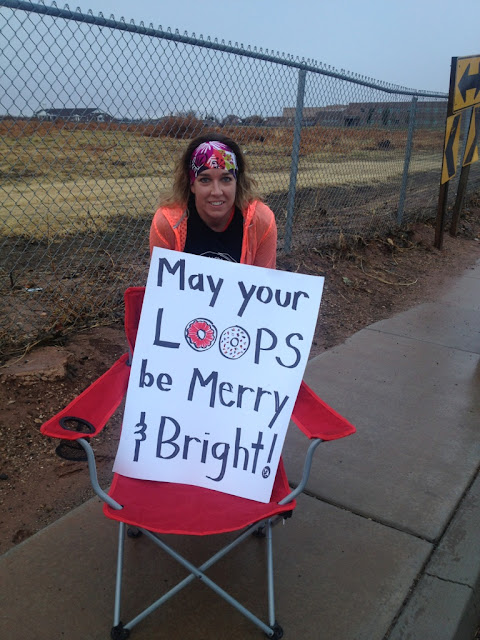 As Buddy the Elf would say, "Running is my Favorite." 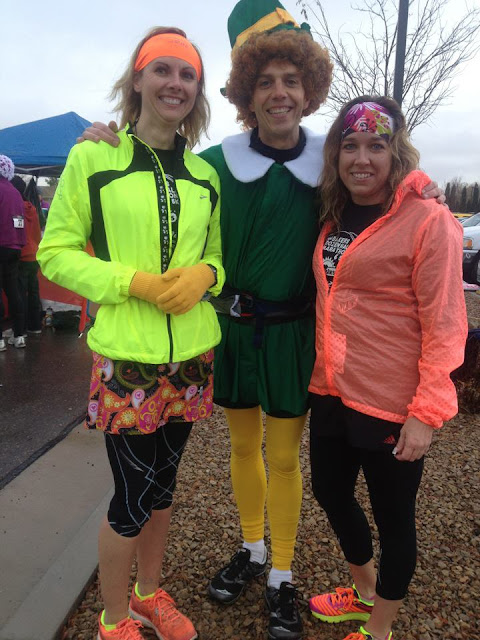